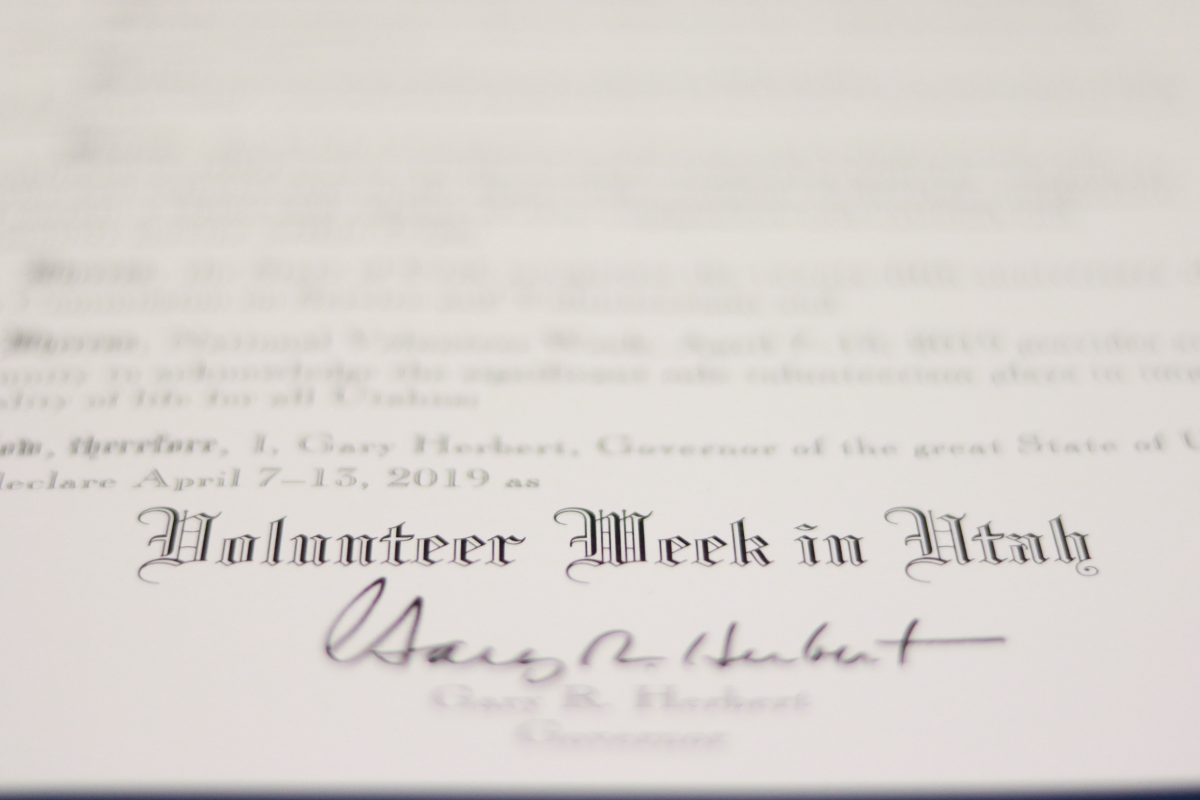 Keep the celebration of Volunteer Week going all year! Pledge to Give 25 hours of service in 2019 to celebrate our 25th anniversary! Take the pledge here! Do you already serve 25 hours or more during the year? Pledge to give 25 more! We would love to recognize you for your service!

Whereas, service and volunteerism are a central part of the Utah way of life, bringing communities together to address critical needs at a local level;

Whereas, last year, more than 1.1 million Utah residents volunteered, earning Utah the number one ranking in the nation for volunteerism for the thirteenth consecutive year;

Whereas, volunteers produce an estimated $3.2 billion in economic value in Utah annually, contributing significantly to our state’s economic growth and prosperity;

Whereas, the Utah Commission on Service and Volunteerism was established in 1994 to serve as the central coordinating body for community service and volunteerism in the state, with a mission to develop, implement, and sustain a vision and culture of civic engagement and national and community service within Utah;

Whereas, the State of Utah recognizes the twenty-fifth anniversary of the Utah Commission on Service and Volunteerism; and

Whereas, National Volunteer Week, April 7-13, 2019 provides an opportunity to acknowledge the significant role volunteerism plays in improving the quality of life for all Utahns;

Now, therefore, I, Gary Herbert, Governor of the great State of Utah, do hereby declare April 7-13, 2019 as Volunteer Week in Utah.