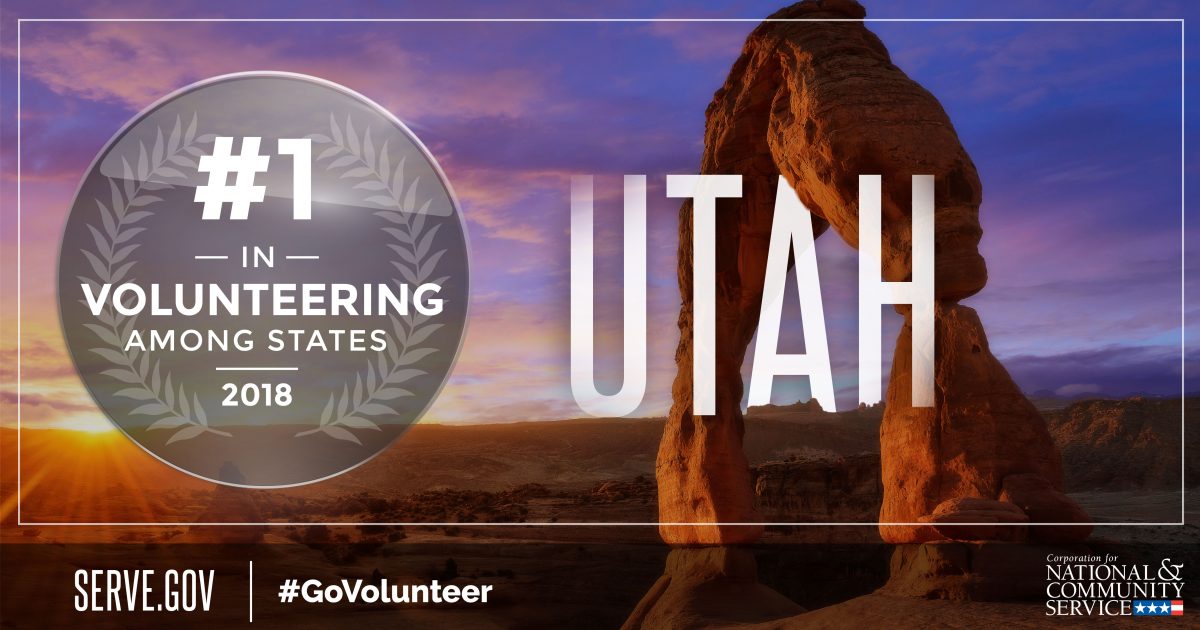 Utah still holds the top spot among states for the highest rate of volunteering (51 percent) according to a new federal study released today by the Corporation for National and Community Service (CNCS), the federal agency that oversees AmeriCorps and Senior Corps. Utah has now held the top spot for thirteen years. Salt Lake City ranks third among the top ten cities for volunteering.

“Utahns are making a difference in the lives of those around them,” said LaDawn Stoddard, Director of the Utah Commission on Service and Volunteerism. “The impacts of these everyday good deeds and long term, intensive service opportunities add up and make a tremendous difference in our state. Our unique culture of volunteerism is made possible by the individuals across Utah that truly care about taking care of one another.” Last year, more than 1.1 million Utah residents volunteered. Their service has an estimated economic value of more than $3.2 billion. 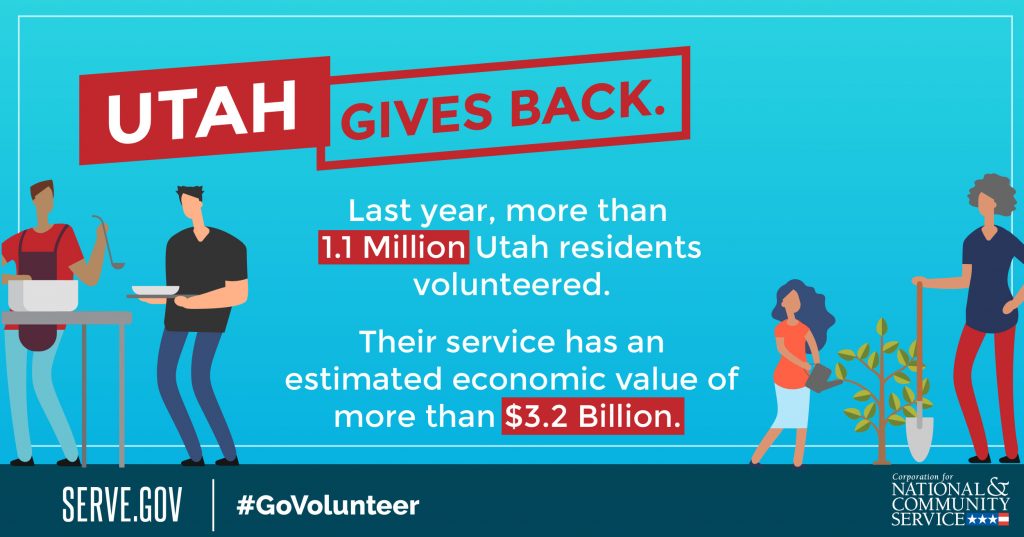 The Volunteering in America research is produced by CNCS as part of its efforts to expand the reach and impact of America’s volunteers. Collected for the past 15 years, the research is the most comprehensive data on American volunteering ever assembled, and it includes a volunteer data profile for all states and major metropolitan areas. The complete report can be accessed at VolunteeringInAmerica.gov, and below are the top-line findings.

Individuals interested in the full report or in finding local volunteer opportunities can visit www.serve.gov.

The Corporation for National and Community Service is a federal agency that engages millions of Americans in service through its AmeriCorps and Senior Corps programs and leads the nation’s volunteering and service efforts. For more information, visit NationalService.gov